You are here: Home / Vegan FAQs / Are Frosted Flakes and Corn Flakes Vegan?

Cereal is a popular, in some places even staple, breakfast item. It’s convenient to eat in a hurry and cost-effective too, for it can be purchased for the entire week in huge savings pack. There are several cereals that has come under scrutiny for their vegan status like Fruity Pebbles. And now, the flakes are under the scrutiny.

We thought of reviewing at least two popular ones today – Frosted Flakes and Corn Flakes – so that the next time you’re at the supermarket to purchase a large pack, you aren’t in doubt about their vegan status. But first, here’s a short brief on Frosted and Corn Flakes.

Frosted Flakes and Corn Flakes – Vegan or Not?

About Frosted Flakes and Corn Flakes – Frosted flakes, popularly called Frosties, is a product of the Kellogg Company, the international cereal giant. What’s special about these flakes? Frosted Flakes sugar frosting is what makes this cereal absolutely yummy and irresistible to all age groups. As for Kellogg’s Corn Flakes, they’re believed to be the first ever original cereal introduced in the market. Now let’s look at where each of them stands in the vegan test.

What better way to weigh their vegan status than a quick look at what they’re made of? So here goes. This is what our favorite Frosted Flakes comprise:

Also, there are some who question “Are frosted flakes ingredients gluten free?” The answer is no. Though the cereal is free of wheat in their ingredients list, they aren’t labelled gluten-free by the manufacturer because of the presence of malt, a derivative of barley, which may contain traces of gluten.

Yes! Corn flakes too are vegan except for the two ingredients: sugar and Vitamin D present in it. For vegans who do not consider these to ingredient as vegan, then corn flakes aren’t vegan for them.

Going by the fact that Corn Flakes also belong to the same Kellogg’s family that uses vitamin D3 in its cereals, it’s hard to exempt Corn Flakes from the non-vegan list. Who knows the brand may well be using vitamin D3 here too (after all, Corn Flakes do include Vitamin D). Another interesting fact to note here is that Corn Flakes aren’t just manufactured by Kellogg’s. There are other generic varieties of the cereal too commonly available in several supermarkets.

So how can you identify vegan corn flakes among these generic versions? Well, always check the label of each of them carefully to see if they’re fortified with vitamin D. If they do use the latter, they aren’t vegan. Coming back to Kellogg’s Corn Flakes ingredients, besides vitamin D, there is the presence of sugar in them too for which reason; some people may not find the flakes to be exactly vegan-friendly.

Why is Vitamin D3 Not Vegan?

So now we know that both Frosted Flakes and Corn Flakes by Kellogg’s may contain vitamin D which is added to fortify the sugary cereal, making it appear healthy and nutritious. Now we will explain what is the real issue with this vitamin for which vegans prefer to avoid these cereals.

Vitamin D is commonly found in most cereals today. It lends an element of strength and nutrition to the otherwise sugary and unhealthy flakes. For the same reason, vitamin D is added to Frosted Flakes too. But it isn’t that simple. The type of vitamin D used in this case is vitamin D3 which is derived from lanolin, a substance we get from sheep’s wool.

Since lanolin is an animal-derived ingredient, vegans like to stay safe from the potentially non-vegan Frosted Flakes. However, there are also some who don’t seem to have a problem with it. Why? Because they argue that the cereal contains only micrograms of Vitamin D3. With such little of the substance present, it’s unlikely to cause any significant impact on their vegan philosophy. But that, of course, is subject to individual opinion.

Why is Sugar Not Vegan?

We had mentioned earlier that both Frosted Flakes and Corn Flakes, like most other cereals in the market, obviously, contain sugar. And therefore they may be deemed as non-vegan. Well, here’s the explanation why.

Sugar is the USP of Frosted Flakes because the frosting over the flakes is created from sugar. Unfortunately, not many vegans are happy with consuming sugar in such treats. This is because the process of sugar refinement uses bone char. In other words, charred or burnt animal bones, generally those of the cattle. Rest assured, bone char doesn’t end up in the sugar itself, it’s only used to add the white colour to cane sugar.

However, vegans rather avoid it for this reason. Owing to the same, a large number of vegans have problems taking Corn Flakes too. But again, there are those who feel that the amount of sugar used in the Original Corn Flakes is much lower compared to other cereals in the market. So this possibly can’t be that harmful to a vegan.

Are Frosted Flakes and Corn Flakes a vegan-friendly cereal?The answer to this can’t be as simple. It’s a bit tricky because though they may contain no direct animal-based ingredients, the presence of vitamin D and sugar in both is what makes them look shady to the vegan’s eye. However, there’s another argument too that these elements are present in very small amounts so why bother? Well, if that’s the case, it’s for you to take a call there. 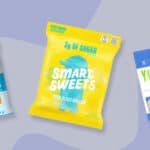 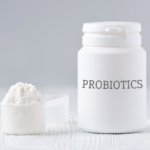 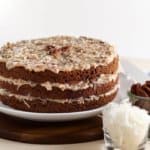