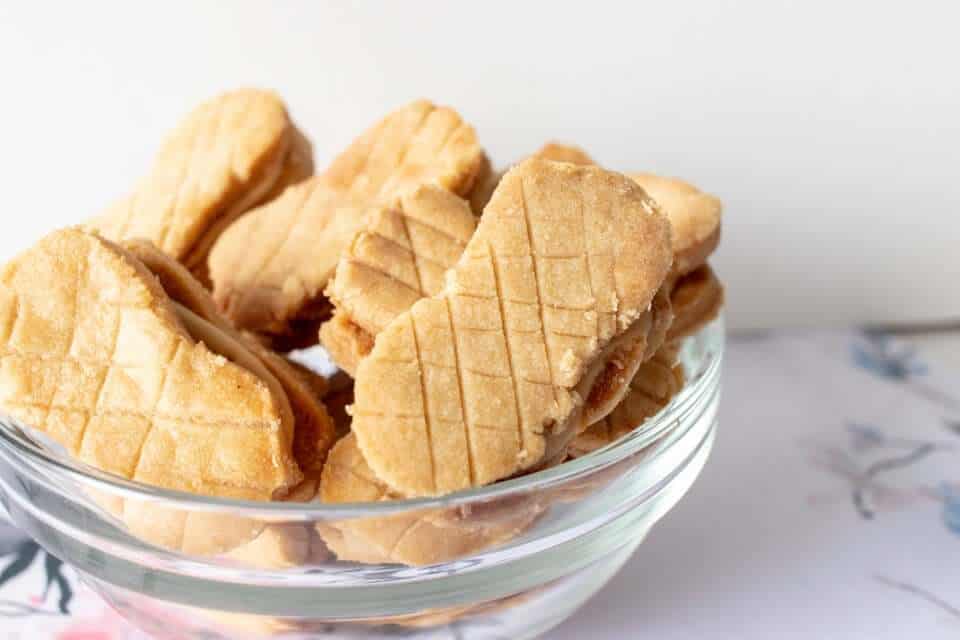 Cookies are everyone’s favorite. Nutter Butter is an American biscuit brand that came up in 1969. It is extremely popular all over the globe for its crunchy and delicious taste. If you have a fascination for cookies filled with peanut butter, then Nutter Butter is the cookie for you. People love having it with tea, coffee, as breakfast, or even as a dessert after a meal.

Nutter Butter – Vegan or Not?

What are Nutter Butters? – Nutter butter cookies are filled with peanuts and sugar! The cookie originated in the United States and the core ingredient used is peanut butter. There are various peanut butter and peanut fragments inside the cookie which makes it all the more delicious!

As most of the eatable items has an expiry date, we assume that the above products too might have them. But, do oils go bad? Check our article on ‘Does canola oil go bad?‘ to learn about it.

Apart from these basic vegan ingredients, there are a few controversial ingredients which might make these cookies non-vegan. Some of them are:

Refined cane sugar is processed with bone char to achieve the pure white color of sugar. The sugar itself does not contain any bone char particles, but is not considered vegan by some due to the processing methods used. Now for these cookies, the kind of sugar used is not mentioned.

Natural flavors can come from both animal or plant sources. It is believed that natural flavors in candies are usually from plant sources and hence this can be a debatable topic. Besides for items in which flavors from animal-origin is used it’s clearly mentioned on the wrapper.

Palm Oil is yet another controversial ingredient for vegans. Although palm oil is a plant-based product originally, its extraction causes a lot of harm to the animals which make it a non-vegan ingredient.

Gluten-free concept is another hot discussion these days. But one must know that gluten free nutter butters is a myth because none of the Nutter Butter products are gluten-free. They all include gluten containing wheat flour in their ingredients. For all those people who are conscious about their gluten intake, you must stay wary of this product because the core ingredient of any cookies is wheat and that makes it packed with gluten.

Are Nutter Butters Dairy Free? – All of the Nutter Butter products that are standard and basic are dairy free except the Fudge Covered and Nutty Bars which contains dairy-based ingredients in it. Also, the manufacturers of Nutter Butter clarifies that though there isn’t any dairy ingredient in its cookies, it does go through milk in its preparation process.

Nutter butter bites are everyone’s favorite. They have the exact same ingredients as traditional Nutter Butters and just come in a different shape and size. Peta has confirmed Nutter Butter Bites to be vegan (considering that the above debatable ingredients are all plant-based ones). For hardcore vegans, they might have to look into this matter and research a bit about it.

Let us discuss the major ingredients that are used to make these crème patties. They are: unbleached enriched flour, riboflavin (Vitamin B2), peanut, sugar, palm oil, dextrose, cornstarch, salt, soy lecithin, baking soda. These ingredients make these patties non-vegan. So the answer to the question is definitely No!

No, Fudge Covered Nutter Butters is not vegan because the fudge that is used to coat them contains non-fat milk.These additives like non-fat milk and cocoa make it highly non-vegan. The vegans need to take care of this fact that all these additions can make a cookie more delectable but it also makes it non-vegan!

If you wish to binge on cookies when you are on a vegan diet then you can go for these no bake homemade cookies rather than Nutter Butter ones as they aren’t truly vegan! All of the traditional Nutter Butter products (Regular, Bites, Creme Patties, and Cereal) can be considered vegan friendly and only Nutter Product that is non-vegan is the Fudge Covered Nutter Butters by considering the debatable ingredients are plant-based and not animal-derived. Little

One more observation about filtering the items is that some items might be vegan in some dishes and non-vegan in others. For example, sugar can be both vegan and non-vegan. Some brands like Nutter Butters do not specify which sugar they use but they call themselves vegan so we assume that the sugar they use is also vegan. Choose wisely! If you would like to have something quick and tasty for a snack, you can try out vegan Macarons or vegan puff pastry at home.