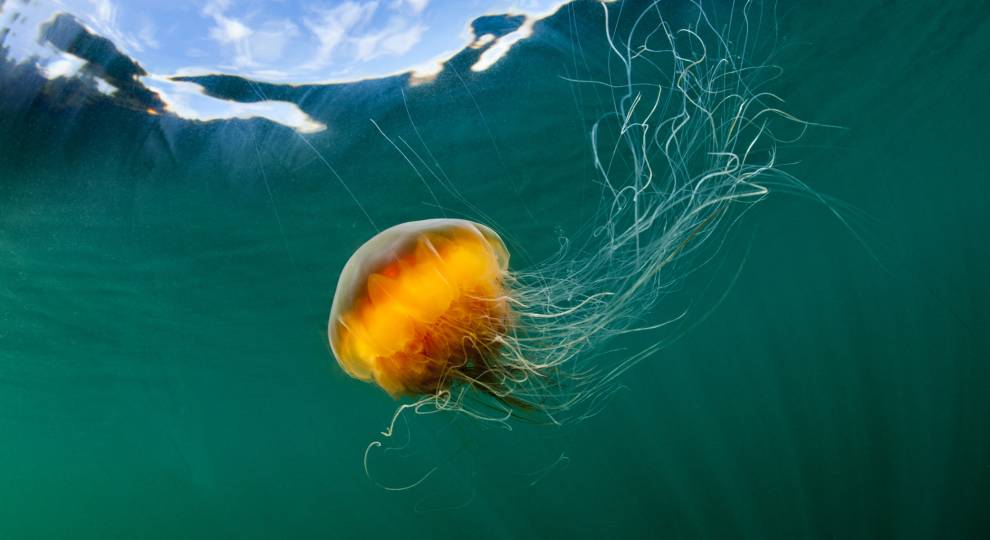 The increasing number of people choosing veganism indicates the positive impact of this lifestyle. It will be surprising for any non-vegetarian or vegetarian to know how many healthy food options a vegan has! However, when it comes to discovering vegan food options, there lies a great deal of confusion.

Sometimes, it is hard to decide whether a food item should be added in your diet or not, as it might have certain factors to delve deep in. Just like a jellyfish! So, we have scrutinized a number of products for its vegan status like Beeswax, Crisco, Airheads and many more in our vegan FAQs section.

Many people would frown or even laugh at the thought of having a jellyfish on their plates. But in reality, some edible species of jellyfish exist — as well as the people who eat them. Southeast Asian countries have a rising demand for jellyfish as an important fishery commodity. So let’s shed some light on the bottom line, can a vegan eat jellyfish?

JellyFish – Vegan or Not?

What are Jellyfish? – Jellyfish are umbrella-shaped marine animals with a varying number of tentacles. They belong to the phylum Cnidarians. Jellyfish have gelatinous bodies with many stinging cells in their tentacles called nematocysts. They usually feed on small plankton animals or tiny fish. Some of the jellyfish come in vibrant colors, and some of them are transparent and even luminescent.

No, vegans can’t eat jellyfish because they are animals. Veganism refuses to consume any animal. But since jellyfish don’t have a brain or heart unlike any other animals, several people consider them to be plant as they are unable to feel pain.

Jellyfish are invertebrates that mean they are animals without any bones. However, the fact that they are unable to feel pain or bleed when cut off leads to a dilemma among some vegans if the main cause of switching to a vegan diet is not to cause pain to other animals.

The same state of indecisiveness will occur if the question is about eating insects. Insects are also good source of protein and other nutrients. And of course, they can’t feel pain too. But still, it’s a life taken for another, nullifying the whole point of giving up on the slaughtering of animals to feed others.

Chinese are known to be eating jellyfish for over 1700 years. According to them, it’s a very popular source of food and ingredients and acts as an aphrodisiac. Japan also imports a significant amount of jellyfish from Vietnam, Thailand, Philippines, Malaysia, and many more countries.

Edible species of jellyfish are very low in fat and contain a bunch of essential nutrients. They are a good source of protein, antioxidants, omega-3, omega-6, and some vital fatty acids. Considering various deficiencies in a typical vegan diet, the nutrient profile of jellyfishes might seem attractive. Jellyfish carry small amounts of important nutrients such as magnesium, calcium, and phosphorus as well.

According to Asian culture, jellyfish have numerous health benefits. They help in controlling high blood pressure, ulcers, arthritis, and also treat many digestive problems. There are a few more health benefits of Gelatinous products that you one get’s when he consumes Jellyfish.

Jellyfish spoil very fast at room temperature. So, without wasting time, they should be preserved using an alum-salt mixture. This particular mixture helps in the dehydration of the meat. Alum works as an antiseptic, which decreases the pH while retaining the solid texture.

One can examine whether a jellyfish is safe to eat or not by observing its color. If it’s not fresh, it will turn yellow from milky white. Also, turning brown is a prominent sign of damaged and unsafe jellyfish that shouldn’t be consumed at any cost.

As soy lecithin is produced from soybean plants, having no animal by-products used, it is vegan. So for your question, Is lecithin vegan, its a yes, most of lecithin are vegan.

This Jellyfish classification is bit tricky as it has caused a lot of debate. But, most people consider it as an animal without bones.

People have many different levels of commitments when it comes to veganism. The food choices may differ from person to person, even if they are on the same route. It’s a matter of individual thoughts and beliefs.

In the case of your food and lifestyle, it all comes down to your personal choice. No one should feel pressured to choose a lifestyle the person doesn’t entirely believe in. So, if you want to, try some new things (like eating Jellyfish, may be) and see what makes you happy, because that’s all that matters.