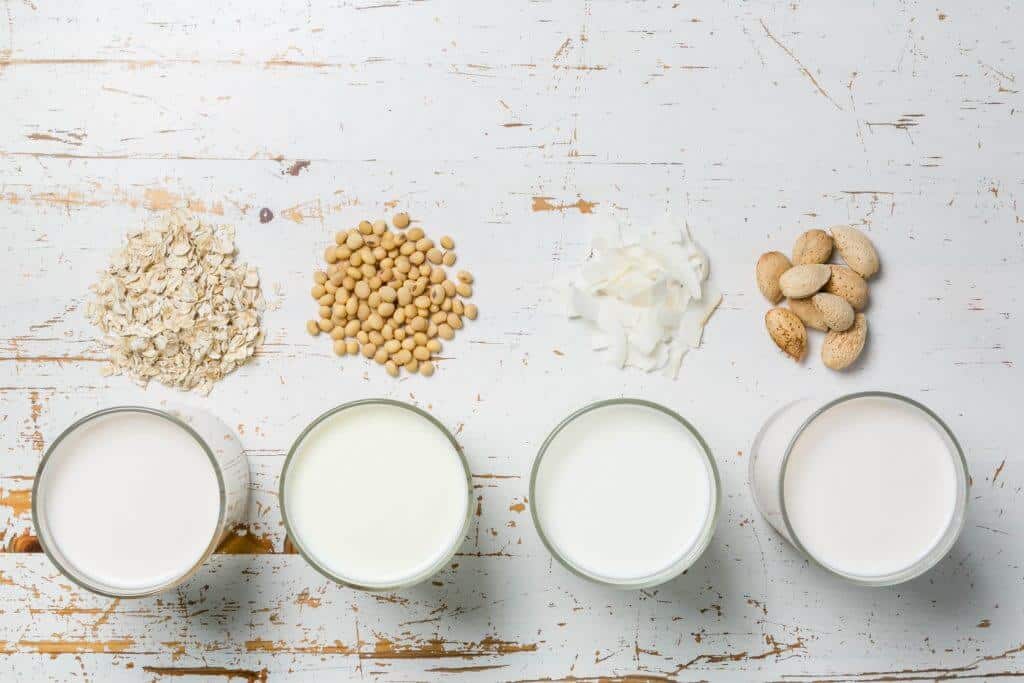 Vegan is the new word for health around in most health circles today. The reason is simple: it’s not only pure vegetarian; it’s free of everything else apparently unhealthy in the name of animal-derived products. This includes gluten and dairy too. However, followers of veganism don’t stop intake of gluten or dairy without making appropriate alternate arrangements. One example is dairy-free vegan milk in this list.

How to Tell if Vegan Milk Goes Bad

However, one major concern that bothers vegan-diet followers is the shelf life of any milk that’s vegan. It’s true that this milk has no traces of dairy in it, yet it doesn’t imply that it can never go bad. Here we try and answer some common concerns on how long can plant-based milk remain edible once opened as also how to know when it’s time to dump them down the drain.

Here are some common types of vegan milk with their shelf life detailed.

It’s a widely preferred non-dairy choice among vegans because of its low-calorie count. Once opened, flax milk can stay as fresh as sealed for at least 7-10 days.

In the beginning, you’d taste a mild and nutty flavour which may slowly turn bitter as it starts to go bad. The best way to determine a spoiled flax milk container is when it bloats up unusually.

You can prepare several yummy recipes with Oat milk like Banana Smoothie as directed here. It’s important to refrigerate oat milk immediately after opening and it can generally last between 4-7 days in the fridge thereafter. Does oat milk go bad? It may be a good idea to check the packaging of your oat milk pack to know more about its shelf life.

Like flax milk, oat milk container too might unusually bloat up when it starts to go bad. You can smell-test it to check for any unpleasant odour. Its colour may also change and the consistency might become cheese or yoghurt-like.

One of the most popular vegan milk sources used in lots of plant-based dessert recipes like coconut cream pie in this article because of the rich, creamy, milk-like texture it lends to the dish. It’s recommended to refrigerate coconut milk and consume it within 7-10 days of opening the pack.

You might want to check for spoilage signs upon storing coconut milk slightly earlier as well because it contains higher levels of natural oils. Smell it for any unpleasant odour; you can even taste a bit for any sourness. Canned coconut milk might develop a stale taste.

You can prepare several recipes using almond milk which makes the recipe more healthier and nutrient rich. One such recipe is quinoa recipe which contains quinoa which is already rich is proteins and with the addition of almond milk makes the smoothie more nutritious. Check out the quinoa recipe.

Their preservation technique may vary and you might have to check the packaging of the product to be doubly sure. Some almond milk packs are good to be preserved at room temperature while some others require refrigeration after opening. Almond milk after opening should be consumed within a week, while room-stored almond milk can last 7-10 days in the fridge once opened.

Does almond milk spoil? Yes, and the spoilage signs include abnormally bloated can once opened, presence of mould, curdling of milk, or thick and slimy texture. It may also change color to yellow upon going bad. So, to improve shelf life, you can freeze it. To know how to freeze almond milk read this article.

After opening the pack, check for the ‘best by’ date on the container to know exactly until when it’d last. Like most other vegan milks, this one too stays fresh and unspoiled for about 7-10 days on opening. You can prepare delicious recipes like Bubble tea described here with soy milk.

Usually mildly fragrant, any strong, unusual and unpleasant odour is a sign of soy milk spoilage. Abnormal bloating of pack is also a sign. Always toss the container before drinking to avoid any slightest doubt. Besides, avoid drinking straight from the pack, better transfer to a glass for drinking to prevent introducing bacteria into the container, increasing chances of spoilage.

Does Rice milk go bad? Yes, it does! It generally lasts fresh for about 7-10 days on opening in the fridge. It’d usually smell or taste funny indicating that it’s gone bad. You can even prepare it yourself at home to prevent quick spoilage.

This can include milk made from any nuts – almond, cashew, and the like. You can even prepare it at home with your favorite nuts. Since we’ve already covered almond milk above, here we discuss milk made from cashews.

Cashew nut milk would generally last fresh and unspoiled only until 3 days from the date the pack has been opened. After day 3, it’d start indicating signs of spoilage like any other vegan or nut milk. It is therefore best recommended to consume it fresh before it turns bad.

Spoilage signs may include unusual bloating of container, presence of mould, pungent odor from the pack, curdling of milk, thick and slimy texture, change in color (cashew milk may turn yellow upon spoilage).

Milk – dairy or non-dairy – has an inherent characteristic of going bad, sooner or after. However, since vegan milk is slightly different from the regular dairy one, which can be boiled and preserved in the fridge for at least a day or two, you need to be extra careful with the former.

Here are a few simple tips to increase the shelf life of plant-based and nut milk once opened:

Vegan milk is one of the best and healthier alternatives to dairy milk being promoted worldwide today. The only hitch is its preservation, especially because the general line of thought goes that since it’s packaged and stored on shelves unlike dairy milk, it should last longer. Free of any preservatives or artificial chemicals, vegan milk is more prone to spoilage and faster too. Drinks other than vegan milk are less healthy like soda. You must be curious, whether soda is vegan or not. Check this article for details. You can always go for tasty drinks that has milk like bubble tea. But, is bubble tea vegan? check out here.