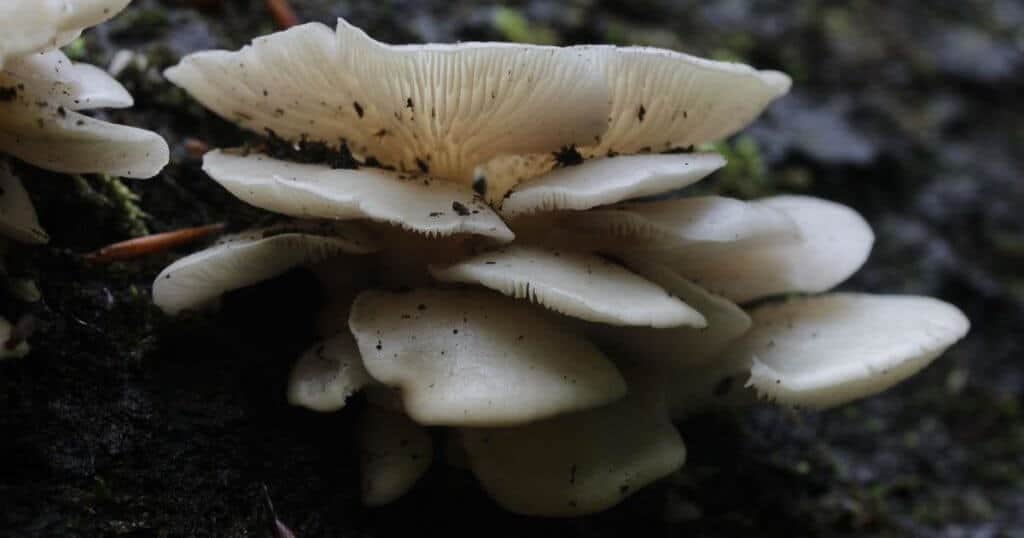 If you’re a mushroom lover and keen to learn about its other varieties, then this post is for you. Oyster mushrooms are yet another fascinating variety of the mushroom family. They’re unique in nature, being one of the rare edible fungi renowned the world over for their culinary and medicinal uses. Mushroom is a natural source of B12 along with the other sources which breaks myth that vegans do not have B12 rich food. But, there are several plant-based foods from which one can get vitamin B12 without supplements.

What are Oyster Mushrooms?

Interestingly, this rather beautiful mushroom species grows on decaying or dead wooden logs, tree trunks or any other decaying organic matter. Yet, they stand out in their amazing shell-like shape in different colors.This post intends to highlight all the interesting aspects of oyster mushrooms and also guide you on how to identify and pick them for use.

Let’s begin by defining the several oyster mushroom varieties found all over the world. You can prepare some yummy-licious vegan recipes with these mushrooms like, homemade vegan zucchini and many more. But, this oyster mushroom recipe tastes the best as compared to any other dish of mushrooms. Here’s a brief on each type of Oyster Mushrooms:

The scientific name for this variety is Pleurotus Ostreatus. Shaped like beautiful pearls, they’re generally the most common variety of oyster mushrooms found in North America. They’re known by their distinct taste which is mildly sweet and wood-like. Pearl Oyster mushrooms are also relatively milder and tender than their counterparts.

Rather different from their name, Blue Oysters (PleurotusOstreatusvar Columbinus) are unexpectedly not blue in color. They can be seen in grey shade with a mild hint of blue. This variety can be identified by its distinct shape as well – dark caps and light-hued gills – a striking contrast that gives these mushrooms a pleasing appearance. Also, Blue Oyster mushroom taste just the same as Pearl Oysters.

This is a generic term used for a specific variety of oyster mushrooms that are available in the following colors:

You’re unlikely to miss them in their bright yellow golden-like shade that simply looks mesmerising. In terms of taste, golden oysters have a relatively dense and aromatic flavour than the conventional pearl oysters.

They look so gorgeous; you may not even feel like eating them! This is because their bright pink hue fades away once cooked. These oysters have a tangled look and are more wood-like, somewhat strong, in taste.

Although it might look quite similar to the standard pearl oyster mushrooms, Phoenix can be identified by its caps that are generally smaller and paler in colour than the Pearls. Also, Phoenix Oysters generally have a longer stem. You can find this variety when the weather turns warm, sometime in late summer. In terms of taste, it’s hard to differentiate between the taste of both the varieties; Phoenix and Pearl taste quite the same.

Including these mushrooms in your diet, increases your natural vitamins intake along with taste. It becomes in important ingredients of your vegan grocery list.

After learning about their different varieties, let’s now look at the various factors to look out for that help identify oyster mushrooms easily. Let’s look at each of them individually:

Where do oyster mushrooms grow? Interestingly, oyster mushrooms can be easily found on tree trunks that are sick, decaying or dead in nature. This is because they’re a saprotrophic species of mushrooms, meaning they feed on decaying or dead matter for growth. Also, you needn’t worry over picking oysters growing on dead logs, they’re usually the best variety than those that find habitat on healthy trees.

Where to find them? Look for deciduous hardwood trees such as oak, aspen, beech, or coniferous woods.

Their height is yet another distinguishing feature to identify oyster mushrooms. Their stalks are generally seen as short and stout – about 2.5 cm to 10 cm or 1-4 inches.

You can test the oysters for spore prints against a dark backdrop. In this case, the spore print of oyster mushrooms should be white in color or a lilac-grey hue.

The primary distinct feature to keep an eye for in oyster mushrooms is its caps. The oysters possess a cap in the shape of a funnel that ranges in the shades of white to light brown to a slightly darker brown hue. Also, the flesh of the mushrooms is white. The cap measures generally between 5-25 cm and 2-10” across and can be seen growing in a shelf-like formation with clusters that overlap. The stem too is slightly hairy at the base.

These mushrooms have decurrent gills, meaning that the gills are attached to the stem and generally run mostly down the stem. A majority of the oyster mushrooms would have white gills.

Are oyster mushrooms edible?Fortunately, this is one of the rare edible fungi found and is quite tasty too. The flavor is delicate and mild with a velvet-like texture when cooked. The Oyster Mushrooms can also be eaten raw; however, they may not digest properly in some cases.

Even though you may be well aware on how to identify oyster mushrooms from the features described above, there exist certain lookalikes of the variety which make the distinction difficult. They should generally be avoided for consumption. Here are the ones to keep a watch for:

If you love them, you want to store them safe until consumption to avoid spoilage. In this case, oysters are just like any other mushroom variety, tender and easily vulnerable to spoilage if not stored under proper conditions. Also, the flat shape of oyster mushrooms makes them cover large surface area so they can dry up rather soon. Hence, refrigerating them in plastic bags is strongly recommended.

We hope this post helps to learn all about oyster mushrooms and relish them for their unique taste.