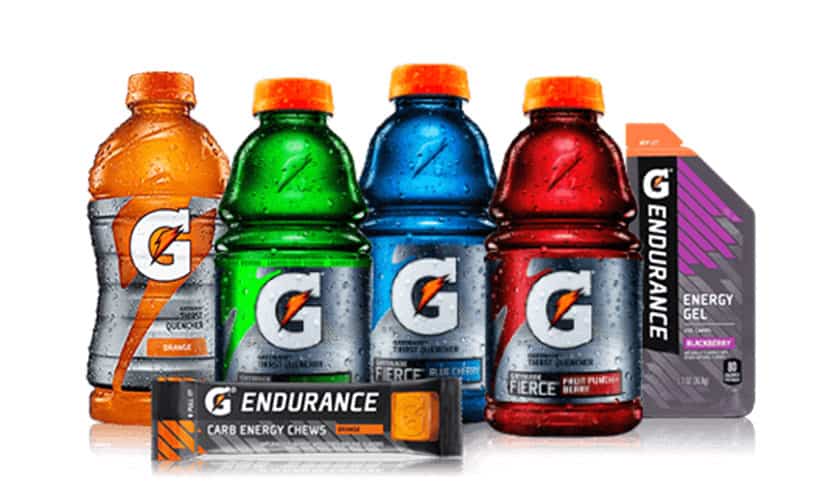 Nothing beats a cool, refreshing energy drink after a tedious workout at the gym. A sip in and it almost feels like you got your life back. This is why regular gym-goers always prefer to carry a bottle of their favorite energy drink along. Topping the list is Gatorade, which has succeeded in maintaining its premier position over the years in all supermarkets across the world. The only prime concern that now affects many is whether it’s a vegan sports drink.

Table of Contents show
1. What is Gatorade?
2. Is Gatorade Vegan?
3. What are Sports Drinks?
4. Gatorade Has Different Variations & Flavors
5. Vegan Sports Drinks
6. Conclusion

Any layperson would know that Gatorade is a sports drink that’s so famously sold at every supermarket or small grocery store near you. What most people don’t know though is how Gatorade came into existence. The sports drink dates back to 1965 when a coach at the University of Florida requested a team of doctors to provide solution to illness related to heat, commonly found in athletes.

The prime cause for such illness was found to be loss of body fluids, electrolytes and carbohydrates in way of sweat. After this research, the doctors came up with a drink exclusively meant for sportspersons, calling it Gatorade, named after the University of Florida Gators.

Yes! The original version of Gatorade is vegan as per the ingredients discussed below. Although, it does contain sugar, artificial and natural flavors that are considered non-vegan components by some vegans.

What are Sports Drinks?

We know that Gatorade is a sports drink but what are sports drinks? Are they anything different from the cool beverages at the store? Yes, they’re slightly different.

Sports drinks are meant to be energiser drinks created to help restore the water and electrolytes in our body that commonly tend to get lost in sweat during strenuous exercise. Potassium, sodium, calcium and magnesium form the electrolytes family, working to balance the body’s fluid levels.

Sports drinks comprise a perfect combination of carbs in the form of sugar and protein, vitamins and caffeine too – exactly what your body needs after that gym session to get back water and electrolytes. Learn does Gatorade goes bad and how long does it last with us.

This world-famous sports drink comes in several flavors and variations from its original version first introduced in the market. So, is Gatorade vegan friendly or not? This is why it may be difficult to state clearly which flavor/version of Gatorade is vegan and which one isn’t.

This is simply because different flavors of the same product may sometimes comprise ingredients different from what were used in the original. For instance, what color is the original Gatorade, what do the other flavors contain? To understand this, let’s individually look at the 7 different variations of the drink currently in the market:

The section below details the exact problem with all of these ingredients to better understand whether Gatorade can really be called vegan.

As stated earlier, Gatorade is vegan, except for the following non-vegan ingredients present in it.

Sugar – it isn’t generally considered vegan by most people of this community. This is because refined sugar uses bone char in the refinement process to filter out impurities and to give sugar its pure white color. So, they do not eat various foods like fruity pebbles, Licorice candies and many more products.

Natural or Artificial Flavors – Not all of them are safe for vegans. For instance, caramel color is used in one flavor. Is caramel color vegan? Its source is a bit unclear because it may be derived from either plants or animals. In case of added colors, the problem with them is that they’re more often than not tested on animals and this is against vegan policy. So on all these grounds, perhaps for now, we can rule out Gatorade as being safe for vegan consumption.

Besides the 7 product lines of Gatorade liquid drink mentioned earlier, the brand also sells in powder form. Gatorade powder flavorsinclude Fruit Punch, Lemon-Lime, Orange, etc. All of these contain added colors to get the desired color for the powder.

There’s another common doubt: Is Gatorade gluten free? or Does Gatorade have Gluten? It’s hard to determine this because its ingredients haven’t been tested for traces of gluten, however, it isn’t certified as a gluten-free product. So, it can be termed as gluten free sports drinks.

What Flavor Gatorade Can I Give My Dog? – Though water is the best drink for dog, many vets suggest giving them Gatorade while they are suffering from frequent vomiting or diarrhea. So, for this, you can give Gatorade to your dog but in limited quantities. You can gave the basic flavor of it to the dog.

In case you have your doubts about continuing to drink Gatorade in view of what has been described above, we suggest the following gluten-free sports drinksthat are sold under the vegan label.

Is Powerade Gluten Free? – Coca Cola’s Powerade is believed to sell all its flavors containing ION4 as well as Powerade Zero with ION4 to be gluten-free to 20 parts per million in the US.

So can vegans drink Gatorade? The answer can be subjective. While Gatorade or any of its flavors/variations don’t seem to contain animal-derived ingredients, the presence of certain substances like sugar, natural/artificial flavors and added synthetic colors raise doubt in the mind.We suggest take your own call on vegan Gatorade and non-vegan Gatorade.

For some vegans, these substances aren’t really an issue as long as the product has no animal-derived ingredients. But for others, it can be a big deal.