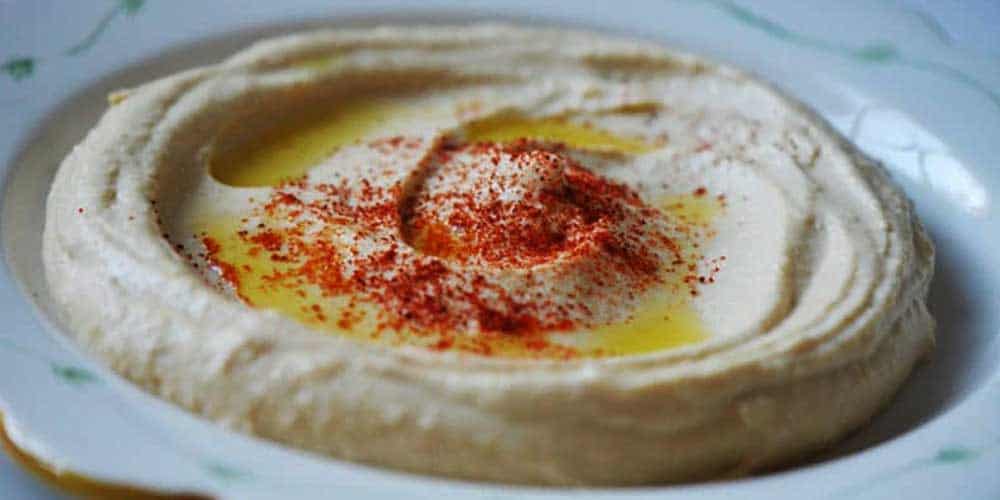 Hummus is a dip, spread and a savory dish made from chickpeas that are cooked, mashed and are blended with various plant-based ingredients. It is popular as the Mediterranean as well as in Middle Eastern cuisine around the globe. It is easily available in the market. However, this can be made at home too. Hummus is a popular dip and everyone loves it because of the unique taste.

It is often felt that hummus is non-vegan. But the standard dip is made with chickpeas as its main ingredient. If we consider a wide variety of hummus available in the market, some non-vegan ingredients are added which makes the dip non-vegan. Some fast food chain outlets like Jack in the Box have different kinds of vegan dips along with its vegan cuisine which you can try out.

Hummus is an ultra-creamy, dreamy and light dip that is used in salads, used with pita bread and is also used in various other dishes. Not only is hummus delicious, but it is also versatile, packed with nutrients and has been termed as too much impressively healthy and nutritious. It offers various plant-based nutrients and is also an excellent anti-inflammatory ingredient.

Hummus – Vegan or Not?

Yes, hummus is vegan if you use the standard one. Its basic ingredients make it vegan and a total hit for every vegan’s meal. But, when it comes to the variety, some are while some flavors aren’t vegan. You can find them below.

Why Hummus Is Considered Vegan?

Hummus is considered vegan because of the ingredients put into it. All of them are plant-based, like:

2. Tahini: Tahini is made from roasted groundnut sesame seeds. Commercially available tahini is usually plant-based so you don’t have to worry about the non-vegan nature for the same.

4. Lemon Juice/ Garlic: Both these additives are known to the common man and are used widely. They are thoroughly plant-based and vegan.

5. Vegan-Friendly Additives: Hummus comes in varieties and it is essential to know that these additives can be vegan too. Some of them are: guar gum (comes from guar beans), citric acid (comes directly from citric fruits), acetic acid (vinegar is made by bacterial fermentation).

There are quite a few other ingredients that can be added to this dip and are totally vegan-friendly! You can also try out some cheezy vegan dips the Heidi Ho.

There is a huge list of non-vegan counterparts of this dip. Some of them are:

1. Palm Oil: Palm oil is controversial oil and not many vegans use it. Palm oil production has long been criticized for its impacts on the environment.

3. Xanthan Gum: Xanthan gum is produced through fermentation by Xanthomonas campestris. The fermentation is usually done with simple sugars like glucose and sucrose and this is why it is not considered vegan.

4. Honey: Honey is highly non-vegan and is prevalent in various types of commercial hummus. There are vegan substitutes available for this and people often resort to plant-based sweeteners.

Following are some of the good vegan hummus brands that you can find in any store.

This hummus brand is everyone’s heartthrob. Is sabra hummus vegan and dairy free? – Yes, sabra classic hummus is vegan and is also gluten-free, and non-GMO. Sabra hummus is dairy-free and makes it all the more attractive to the people.

This locally grown and made hummus comes from California. It comes in six different flavors. It is highly popular because it uses completely organic ingredients and has absolutely no preservatives or additives.

It comes in a variety of flavors like Sabra. It is oil-free and non-fattening. It has about 60 calories per serving, which perfect for all those who are conscious of their calorie count!

These have all-natural ingredients and are completely vegan and gluten-free. There are only 90 calories a cup so you can binge on it! This dip comes in two flavours, original and red pepper if you’re looking for something on the spicy side.

Labels on hummus packages call it gluten-free. Tribe, Fantastic Foods, Sabra and Athenos brands are gluten-free. It is important to know that the breads used to eat with hummus are not gluten-free.

Hummus usually comes with pita bread and that is made with wheat. You can easily eat hummus with vegetables and that will be completely gluten-free.

Hummus is a very popular dip that is served with various breads. If you are vegan, don’t feel that you can’t eat hummus. The classic old hummus dip is vegan and the various additives and varieties make it non-vegan. If you go for the basic jar, know that it is vegan.

The bread it is consumed with makes it non-vegan. All vegan enthusiasts can consume it in salads. It is a healthy option and does not have many calories and hence the most popular one too!