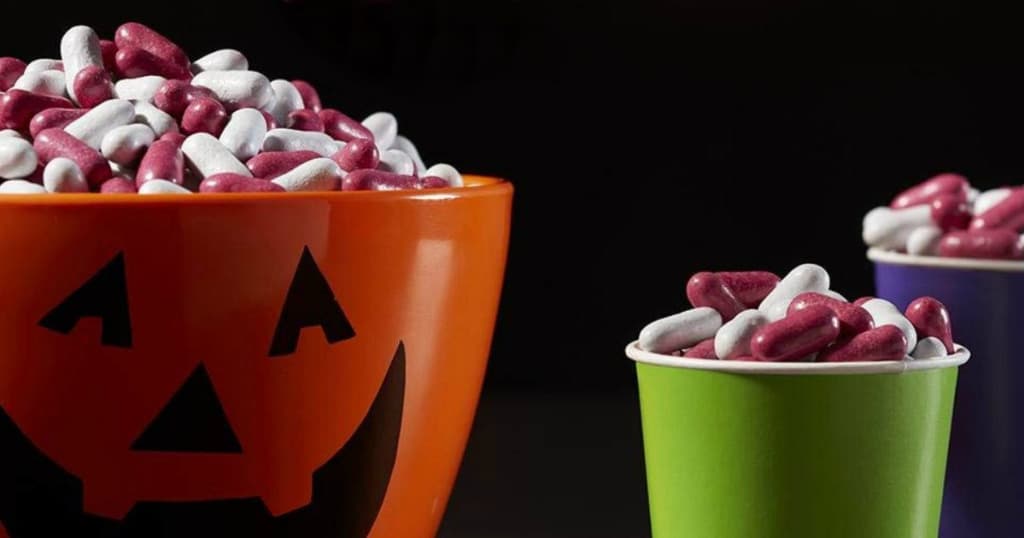 Who doesn’t know licorice candies? One of the most relished snacks of all times; its fun chewing them over and over again like sour patch kids candies. And they aren’t just popular among kids. Even adults relish every bite of this candy – a bite or two after a long day at work on the way home is always welcomed.

We have already scrutinized candy brands like Lifesavers, Sour patch kids and many more for its vegan status and now, we are here to check whether Twizzlers and Red Vines are vegan or not.

The sweet licorice used in candies has now come under the scanner for its vegan licorice status. So, it’s worth mentioning here how licorice candies are made. There are three main ingredients present – licorice extract, sugar and a binding agent. The base of the candy is prepared using starch/flour, gum Arabic, and gelatin. Beeswax may also be added to lend a shine to the candy’s texture. This clearly means that some licorice candy varieties may include non-vegan ingredients like gelatin and beeswax (know whether beeswax is vegan or not).

Twizzlers – Vegan or Not?

What are Twizzlers – Twizzlers are so named because of their twisty shape and have been in existence since as early as 1845! Yes, this explains their popularity. The Twizzlers brand of candies was taken over in 1977 by Hershey, one of the world’s largest candy brands. And that’s when the brand picked up momentum. Interestingly, the actual licorice content isn’t present anymore in Twizzlers. So we can actually call these candies licorice-like.

No, the popular Twizzlers candies aren’t vegan as they use some non-vegan ingredients like sugar, palm oil and artificial colors in their basic version of candies which is the same for all its candies.

What are Twizzlers Made Of?

The candy started out originally in strawberry flavor which picked up immense popularity instantly and continues to be the brand’s most popular offering. However, Twizzlers has now expanded its product base to include a host of other flavors, some of which are strawberry lemonade, cherry, black licorice-flavor, sour apple, and chocolate (thanks to Hershey).

If there are so many tasty flavors to choose from, where’s the problem. Well, the world is slowly moving vegan, which is good news, of course. And that’s why Twizzlers too, like most other food and beverages, is now being tested for qualifying to vegan standards. Vegans often wonder, “Is there gelatin in Twizzlers?” To understand this, let’s take a look at the ingredients used in the preparation of Twizzlers:

Let’s understand each of them in detail.

Sugar is a must-include in all candies and the same holds true for Twizzlers too. Now the problem is sugar itself is not accorded a 100% vegan status by some parts of the vegan consumer community. Refined cane sugar is generally obtained by processing it with bone char. This is done to get the desired white color of the sugar. So even if sugar may be vegan, its processing methods bring it under the non-vegan category.

Again, the ingredient itself is vegan but the process of deriving palm oil involves harming animals and has several environmental hazards.

Twizzlers get their red colour from these and they unfortunately are tested on animals.

The fact of the matter is that despite Twizzlers themselves claim to be vegan, some of their ingredients and processing methods make them unacceptable for vegan consumption. Now let’s look at another popular candy which is also being scrutinized for being vegan-friendly.

We all love our dogs, they are more like family than our pets. My dog loves these Twizzlers candies a lot and so, fill somehow asks for it. But, many of us are curious one can our dogs have Twizzlers? At VegansFirst, we have answered all your such queries.

Red Vines – Vegan or Not?

What are Red Vines – It’s a popular brand of red licorice candy. Interestingly, they’re also called red licorice sometimes without actually containing any licorice at all!

What are Red Vines Made Of?

For this, we need to take a quick look at the Red Vines’ ingredients list. Let’s First look for the vegan ingredients in it.

Some of the ingredients of Red Vines – caramel coloring, artificial flavor, and Red 40 are the ones that are fall in the grey area and are slightly controversial. We’ve already discussed artificial color in the Twizzlers section above. Caramel coloring also falls in the same category, so does Red 40 which is an artificial color too. It can therefore be implied that Red Vines aren’t really vegan after all.

Are Red Vines Gluten-Free? – Another growing common concern among vegans is whether Red Vines contain gluten. While it may be hard to follow a gluten-free diet when you’re vegan, most foods are actually catching up to the growing demand of vegans and being introduced in the market as gluten-free alternatives.

Coming back to Red Vines, well the answer is – No, Red Vines aren’t gluten-free. One of the ingredients used in the preparation of the candy is wheat. This means that people with wheat or gluten allergies should definitely avoid this red-colored candy.

You can opt of for other candies after checking its vegan status like Airheads, Starburst, Dum Dums and many more.

It’s now clear that all our favourite childhood licorice or licorice-flavoured candies aren’t really vegan. While some use certain non-vegan friendly ingredients in their composition, others use non-vegan preparation processes, like a few indulge in animal testing. This is why vegan-lovers are free to steer clear of licorice candies for their own good.

Also, always remember to check the label well before buying any candy from the store or online. Double check with the ingredients list with the above mentioned ingredients.