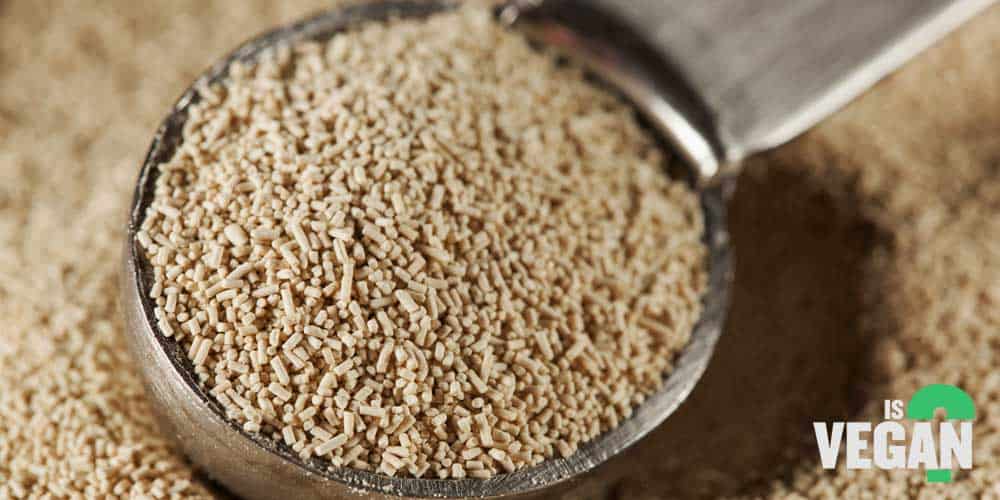 Yeast makes an essential ingredient in a variety of cuisine for baking and fermenting. It is one of the most common pantry items for those who prepare bread regularly. Many of us don’t know whether it is sourced from plants or animals. So, many of us revolve around these questions like: Is yeast an animal or is yeast a plant? Is yeast vegan? Or, do vegans eat yeast? Let us quickly check.

Ensuring whether yeast is vegan will do more than only helping you to include it in your vegan diet. It will provide you with further information related to this ingredient. Knowing about yeast and its different types will help you choose the best quality yeast for all your preparations.

In this review, we will also know about the food and drinks that contain yeast to check their nutritional value. Whether yeast adds any nutritional value to your diet or does it work only as a leavener? Are there any side effects as well? Let us proceed to all these factors but before that, we must know what it is.

Yeast – Vegan or Not?

About Yeast – Yeast is a living microscopic single-celled microorganism that comes under the fungus species. Its been there since millions of years, it presently constitutes approximately 1% of all described fungal species. There are 1,500 species of yeast on earth today and not all are edible.

Saccharomyces cerevisiae is the most common yeast used in baking- and brewing industries. While the baker’s yeast is used as a leavening agent, yeast is also used for wine making and brewing. Since yeast is a living organism, many people wonder whether they can include it to their vegan diet.

Yes, Yeast is vegan as it basically belongs from the fungi family and it is not derived from animals. Consuming yeast does not involve animal exploitation and therefore, it is commonly considered vegan. Yet, strict vegans may still avoid eating this living organism.

We can consider yeast as one of the accidentally vegan food ingredients as it is considered non-vegan by many level 5 vegans.

There are different types of yeast, both active and inactive. Hence, the choice and usage of yeast vary from baker to brewer. The most common types of yeast are baker’s yeast and brewer’s yeast.

Saccharomyces cerevisiae (S. cerevisiae) or baker’s yeast is one of the most commonly used yeast in the food industry. When it is added to the strain, it converts the carbohydrates to carbon dioxide and alcohol. The alcohol evaporates and carbon dioxide helps the dough to rise or leaven. It is an active yeast and you do not consume it on its own. You can check out the Sourdough Bread’s vegan status.

It is a deactivated and pasteurized form of yeast used in brewing alcohol. This one has a lot of variety and each lends its own flavor and texture to the specific batch of alcohol. Since it’s deactivated yeast, you can consume it on its own. It contains B vitamins (you can check vitamin B12 vegan sources without supplements) and chromium. Brewer’s yeast can be grown on barley or malt, which has different nutritional properties.

What is Nutritional Yeast?

The most popular and widely utilized form of yeast is this one, which is the dried, pasteurized, and deactivated form of S. Cerevisiae. As a complete protein, it contains all nine essential amino acids. The niacin, folic acid, zinc, selenium, thiamine, and beta-glucans found in nutritional yeast play a great immuno-stimulating role in our body.

Not only this, but nutritional yeast is also known for its antiviral and antibacterial properties. Therefore, herbalists widely use it for treating infection, acne, low appetite, and diarrhea. Interestingly, nutritional yeast can replace cheese in most recipes since it has a rich, nutty flavor. Don’t be surprised if you are served nutritional yeast as a topping for toast, vegetables, soups, and even popcorn.

What is Extract Yeast?

Extract yeast or yeast extract is a form of concentrated nutritional yeast. In other words, it consists of the cell contents of yeast without the cell walls. Hence, it is commonly found in the form of a paste. It has a very pungent, umami flavor.

People need to really acquire a taste to admire this one. Popular brands including Marmite and Vegemite have products with it. Vegemite is a very common Australian food spread, which is made from leftover brewers’ yeast extract with various vegetable and spice additives. It is salty, slightly bitter, malty, and full of glutamates. Extract yeast is halal, kosher, and vegan.

Here are the drinks and foods that contain yeast. To check whether a food or drink contains yeast, you can look at the packaging label, where the ingredients are mentioned. Most of the brands mention yeast at the label if they use it, considering the safety of the yeast intolerant people.

Some of the foods and drinks we mentioned below are vegan while some are not. If you are vegan, you should avoid meat and other products containing animal-derived ingredients. If you are intolerant to yeast, you must check this list and avoid such foods and beverages.

Yeast belongs to the fungi kingdom. It isn’t derived from animals and therefore, is vegan.

Yes, as long as the bread doesn’t contain any animal-derived ingredient.

Yes, the base material of vinegar is fermented with yeast.

From the fluffy bread to the fermented pickle, yeast contributes a lot to the variety of foods we have today. Nutritional yeast is medically prescribed to people who can be benefited from its properties. Now that you know yeast is vegan, no more confusion.