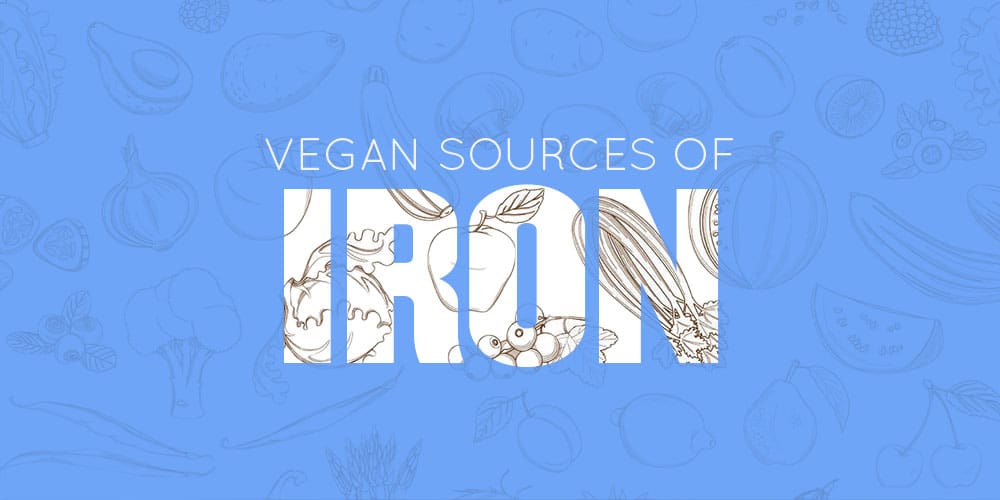 Plant-based iron sources are aplenty but what if I clarify that vegans could still be at potential risk of developing iron deficiency? Even the best vegan sources of iron may fail to meet your daily requirements not for its quantity on the plate but for its quality.

To put that straight- it does not matter how much iron you eat but ‘what is the type of iron in your nutrition. That sounds as if a complex theory from science is awaiting to infiltrate the discussion but relax- we have it all simplified for you.

This discussion about foods high in iron is essential since deficiency of iron is a serious concern around the globe. From children to adults, anyone could be at risk of iron deficiency without knowing. So let’s dive deeper into understanding the mineral and ultimately figure out the best vegan iron sources available.

What is Iron and Why Do You Need it in Your Diet?

Iron is a central component of haemoglobin in the red blood cells or erythrocytes. Haemoglobin transfers oxygen from the lungs to the other parts of the body and carries carbon dioxide from the tissues to the lungs for exhalation.

Iron is also essential in muscle metabolism and the maintenance of healthy connective tissues. Studies have long ago proven how physical development, neurological growth, synthesis of some hormones, and cellular functioning are also some of the important responsibilities of Iron in our body.

Iron does contribute to healthy hair, skin, nails, and bones. For best results, ensure adequate iron intake with consistent collagen supplementation. In teens and growing babies, iron is necessary for improved brain function and a strong immune system. Women need more iron than men for their menstrual cycles and since it also plays a crucial role in fetal development and nourishment, pregnant women are suggested to have healthy doses of iron.

How Much Dietary Iron Do You Need A Day?

The recommended daily intake of iron varies according to age and gender. As women lose a lot of red blood cells, mostly iron, during their menses, they need to consume greater amounts of iron and store better reserves in their bodies than men need.

The need of children may surpass twice that of adults when it comes to the RDI of Iron in food. If you are severely deficient in iron you might benefit from vegan iron supplements with proper intake of high iron foods, while if your deficiency is moderate, super green or spirulina supplements that have lower concentration of iron might suffice for you with proper intake of foods high in iron.

Is a Vegan Diet Inherently Deficient in Iron?

A vegan diet can be deemed deficient in certain nutrients, but iron isn’t one of them. Plant-based foods are rich in iron. As we have discussed before, it does not matter what is the quantity of iron you eat but what is the quality of the iron you are consuming.

There are two types of iron found in food, heme and non-heme iron. Plant-based food is rich in non-heme iron which is lower in terms of bioavailability than heme iron that is present in meat and other animal-based food.

The more bioavailable the iron is the more efficiently it gets absorbed in your body. Even if your diet has greater amounts of iron, if it is non-heme in structure, chances are that your body would not be able to use the iron, exposing you to deficiencies.

Therefore, a vegan diet, made of plant-based food, is not an iron deficit but is less efficient in absorption by the body. Moreover, phytates present in foods such as legumes, grains, and beans have a negative effect that decreases the absorption of iron.

Food sources contain two types of iron – heme iron and non-heme iron. Heme iron is the most bioavailable and quickly absorbed iron by the body than non-heme. Heme iron sources mostly include foods like fish, poultry, and meat. On the other hand, non heme iron sources are plant-based foods like fruits, nuts, and vegetables. The bioavailability of iron in mixed diets is about 14% to 18% which incorporates significant amounts of meat, seafood, and vitamin C and for a vegetarian diet is about  5% to 12%.

Since vegan diets contain mostly or only non heme iron sources, those on a vegan diet should be well aware of the specific iron rich vegan foods. Furthermore, they should also implement other techniques that can enhance the absorption of iron, such as increasing vitamin C or ascorbic acid and decreasing calcium or phytate content.

Signs that may Indicate an Iron Deficiency

Iron deficiency is prominently noted in young kids, women experiencing menstruation, and pregnant women. It is, in fact, a matter of concern that women across latitudes and longitudes are more prone to deficiency in iron as compared to men. Similarly, children and teenagers are more dependent on iron for their bodily development than grown-ups do.

However, people with iron deficiency may exhibit signs of other nutrient deficiency since iron helps in metabolizing a number of them. Other signs include extreme fatigue, weakness, chest pain, shortness of breath, pale skin, headache, lightheadedness, rapid heartbeat, cold limbs, inflammation or soreness in the tongue, dizziness, or brittle nails.

Children may experience an unusual craving for non-nutritive substances, such as ice, dirt, or starch. There is a comparatively poor appetite noticed in infants and children with anemia.

A few of the best plant-based iron sources in a vegan diet include lentils, blackstrap molasses, tofu, tempeh, swiss chard, beans, spinach, and more. Let’s have a look at a few iron rich vegan foods:

How to increase absorption of iron?

Just as you would add a catalyst to increase the speed of reaction, you would need certain elements to improve the absorption of non-heme from vegan meals. Only Vitamin C can improve the absorption of iron by 67% percent. You can achieve this by adding a simple avocado to your spinach salad or pairing up lemon or orange juice with a morning iron-fortified cereals breakfast. Thereby, broccoli can go well on a plate of tofu, and lemon juice can season your porridge or hummus (check vegan status) to improve iron absorption from the meal.

Tips to Ensure You Aren’t Iron Deficient As a Vegan

1. Make use of Cast Iron Skillets

What good can cast-iron skillets do to your food? Well, it can increase the amounts of iron in your cooked meals. But that should also be paired with a good source of Vitamin C. Because besides high amounts of iron you need to improve its absorption too.

There we come to the most interesting way of increasing iron absorption in the body – combine iron rich vegan foods with Vitamin C. The absorption of non-heme iron has been scientifically proven to be better than that of heme iron. Non-heme iron can be made more efficient with an ascorbic acid partner from citrus fruits.

Yes, we agree that you need decent amounts of iron and calcium both but you don’t have to take them together every time right? Calcium is known to inhibit the absorption of iron. Therefore, plan and separate the meals.

4. Add a Fortified Breakfast Cereal to your Diet

Fortified breakfast cereals offer more iron (considered as one of the iron rich vegan foods) and other minerals than regular cereals do. Check the list of the best cereals brands. More iron in the vegan meal increases the possibility of better absorption. Try avoiding calcium and tannins pairing up with iron-rich meals. Tea, coffee, or calcium supplements must be consumed considerable hours before or after an iron-rich meal.

According to the estimates of the World Health Organization (WHO), half of the 1.62 billion approximate cases of anemia, reported globally, are due to iron deficiency. There are multiple scientific ways to increase the absorption of non heme iron sources as we have discussed above.

Moreover, Vegans and vegetarians are mostly recommended to consume 1.8 times more iron through food than omnivores or flexitarians. We hope the article gave you valuable insights into preventing iron deficiency if you are on a vegan diet and also discussed some of the vegan foods high in iron.