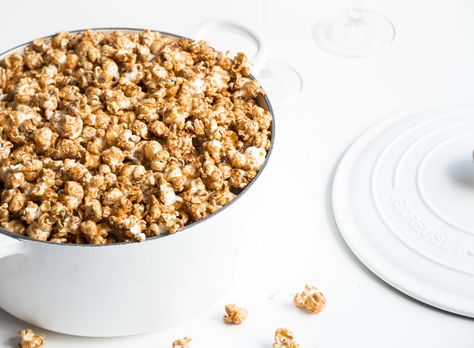 No movie night is complete without a bowl of popcorn. But you don’t always need a reason or excuse for popcorn. The very mention of the word can make you feel hungry or yearn for it any time of the day. And with the added convenience of microwave popcorn, life just got easier and more fun too. There are tens of brands at the store to pick from and it comes in a carefully designed sealed bag with all the necessary stuff to lend the authentic popcorn taste.

Just pop the bag into the microwave; let it heat up and ta-da! There’s your hot and yummy popcorn all ready to dig in, just before movie time! There’s only one hitch though. Is movie popcorn vegan? If you’re a vegan, this would require extra effort to research and pick the right vegan microwave popcorn brand. So we thought of simplifying things.

Before we jump right over to the brands, let’s begin by answering this important question that hovers in most vegans’ minds – can vegans eat popcorn? The answer is Yes and for this we need to understand how popcorn comes into its final yummy shape that we just pop into our mouth and forget the world. Simple plain popcorn, i.e., without any butter or seasonings, is made from kernels which only contain corn. So these corn kernels on their own are vegan.

The problem arises only when certain brands start enhancing the original popcorn for better taste value to their customers. That’s when questionable ingredients like butter and other animal-derived by-products come into play, making the popcorn fall into the non-vegan category. So how to know which popcorn is vegan and which one isn’t?

Well, as explained above, plain popcorn made from only corn kernels is definitely vegan. Besides that, when looking for microwave popcorn to pick at the store, make sure you check each label carefully. Specially look out for dairy stuff added as seasoning to most popcorn brands – the most common being butter. Besides this, white cheddar is also added to some to make the popcorn cheesy. Though they don’t use real cheddar cheese despite the claim, a dried powdered seasoning of the same is also unacceptable as a vegan.

The same goes for butter too. Most brands used artificial butter flavoring initially in their popcorn until people began shouting out health concerns. Now several companies opt to use real butter instead, which is even worse vegan-wise. So even if the artificial butter seasoning would’ve been vegan, with the switch to butter, those brands have opted out of the vegan list. Make sure to keep an eye out though by checking each of their individual labels.

So now we know that most microwave popcorn brands out there include dairy in their product. Ideally, this popcorn should be clearly labelled as “contains dairy” but in case they aren’t, the best way to be doubly sure is to check each label carefully for each of the ingredients present. Then again, there might be some ingredients that may sound confusing or never heard of! What to do in that case? Does that mean you as a vegan can never enjoy hot microwave popcorn? No. It simply means that you should check out the following vegan brands.

TV’s popcorn king grew his exclusive kernel and devoted his life to making lighter and fluffier popcorn. The brand is known for its evenly coated butter popcorn.

Is Orville Redenbacher popcorn vegan? Smartpop is its only closely vegan offering. Containing wholegrain popping corn, palm oil, salt, sucralose, and vitamin E, palm oil is the only questionable ingredient (oil extraction causes deforestation and threat to animals. You can find more in ‘Is Starburst Vegan‘ article). It’s present in small amounts so vegans don’t mind it much.

Started by Angie Bastian and her husband in a garage, Angie’s Popcorn has come a long way from being sold at festivals and fairs to grocery chains across the country. With a mildly sweet kettle corn flavor, the popcorn is irresistible.

Its vegan product – Angie’s Vegan Salted Caramel Popcorn – is perfect for sweet and savory taste buds. Feel a tinge of salt with the caramel delight. Also try their Sweet and Salty vegan option.

Like its name, this brand aims to do things the proper way. It’s certified B-Corp, part of the like-minded business community that acts in sustainable and transparent ways, meeting high standards of social and environmental performance. 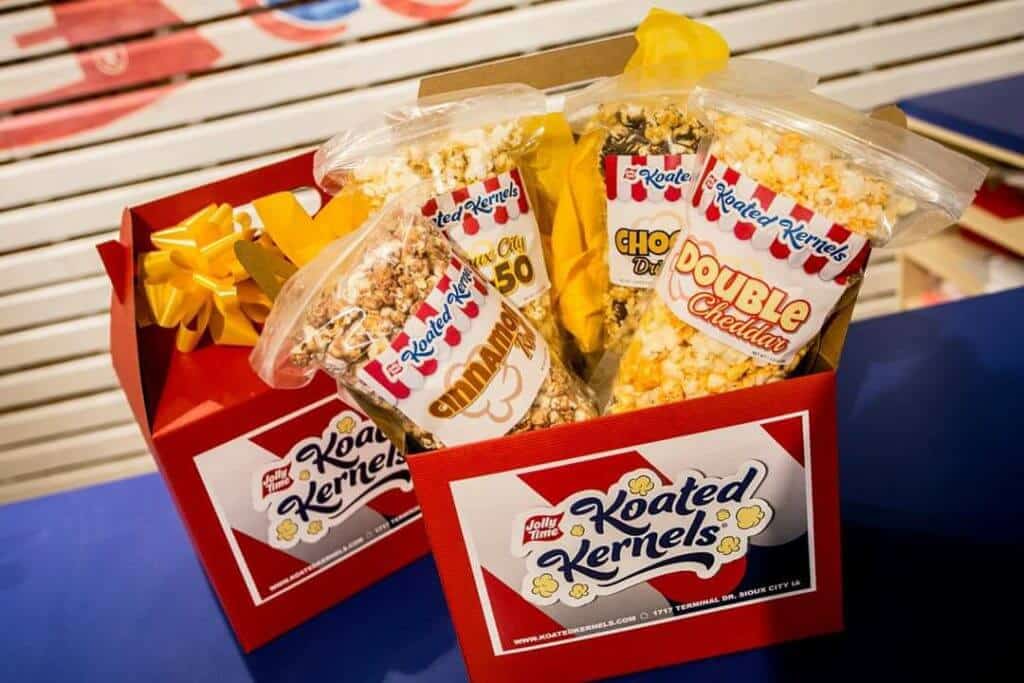 One of the oldest popcorn-makers (100 years precisely), it’s a known name in the market for buttery popcorn and other natural flavours too. Whether you like sugary or spice, you’ll find your options here. Its Simply Popped Sea Salt flavor is almost vegan, for it contains palm oil (like that of licorice. Know whether palm oil is vegan in ‘Is Licorice Vegan‘ article), but all the other ingredients are simple and safe for vegans – non-GMO popcorn, sea salt, and rosemary extract.Another vegan option is the 100 Calorie Healthy Pop Kettle Corn. 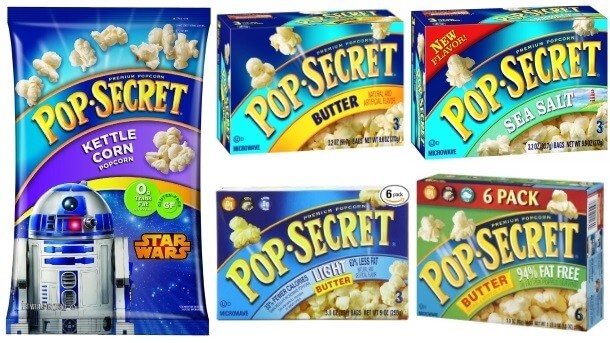 Produced by Snyder’s-Lance, a subsidiary of Campbell Soup Company, Pop Secret was known for selling colored popcorn Pop Qwizin the 90s. Yellow, blue and green, and a mystery bag with a surprise color. The popcorn is butter-drenched which makes it popular.

Another great snack brand that promises to provide full natural flavors without using corn syrup or partially hydrogenated oils. Besides, the popcorn is gluten-free, nut-free, and uses certified non-GMO wholegrain.

Its Kettle Corn flavor is vegan-safe with only popcorn, sugar, dextrose, salt, and soy lecithin (emulsifier). For some vegans, sugar may be a problem though, but again this is subjective. Some vegans consider sugar as vegan. You can look for it in this ‘Is Frosted Flakes vegan‘ article. You might want to check the label of other flavours to know which isnon-vegan.

Made with unique and most delicious heirloom popcorn kernels, Pipcorn offers something unique to the popcorn industry. Heirloom seeds have a distinct crunch and flavor and this is what makes this brand stand out. This is why its popcorn too has a different earthy taste to it which you can’t stop popping.

Founded by Bob Moore, the company aims to provide best-quality all-natural foods. Its popcorn promises to deliver the same. Made with wholegrain and no added oil or salt, these raw corn kernels are just perfect to have pure popcorn your way.

Their Yellow Popcorn kernels have only one ingredient – wholegrain yellow corn. It can be placed in the microwave and made tasty with your favorite seasoning in seconds. Besides that, it’s absolutely vegan too.

So you do have some excellent movie theater popcorn vegan options when you want to enjoy easy-to-make popcorn. Try these brands at your favorite grocery store and enjoy them the way you like them. They come in a sealed microwaveable bag that can be placed as it is in the appliance and within minutes, you’d have your popped corn kernels without any non-vegan additions to them.

Of course, you may not be able to enjoy the buttery crunch of conventional popcorn but when you decide to become a vegan, it’s worth paying the price for. And believe us, even without the dairy butter, these vegan popcorn options come in some delectable flavours which make them totally worth the purchase.

Again, as we always say, if you’re a true vegan, don’t just follow anything blindly. Always check the label of each product at the store yourself to be doubly sure. 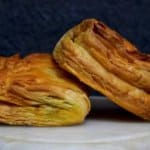 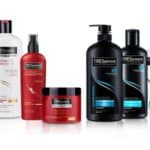 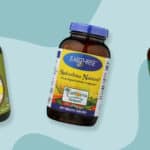 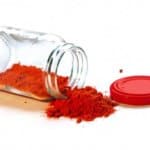 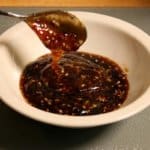 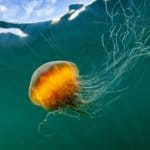