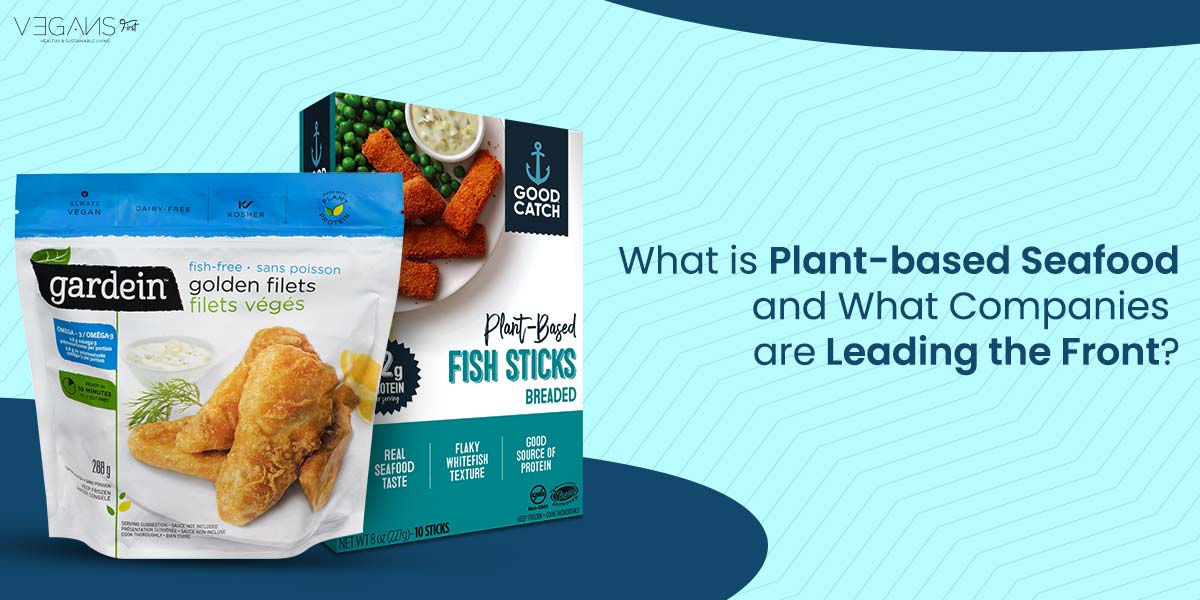 Today’s population consumes about twice as much food as they did 50 years ago. Although fish is the primary source of protein for almost 50% of the world’s population, overfishing has occurred due to the rising market demand for fish. Fish alternatives may have fallen behind in the alternative protein industry.

Still, food scientists are working tirelessly to produce plant-based seafood, and it is probable that they will catch up with alternative meat production in the near future. A quickly expanding segment of the alternative protein market is seafood. There is also a sub-niche of incredibly realistic plant-based whole-cut items associated with that.

These vegan alternatives to fish and seafood advertise themselves as being healthier, more environmentally friendly, and a remedy for the effects of global overfishing. As we commemorate World Vegan Day, which occurs every year on November 1, here is what we need to know about the firms at the forefront of this business.

What Is Plant-Based Seafood?

Plant-based fish is an alternative designed for persons who do not consume ocean- or farm-sourced seafood for ethical or allergy concerns. Consumers may select plant-based seafood for a variety of reasons beyond personal health, and these have motivated several businesses to compete in a developing industry.

The nations from where the fish are supplied suffer because of the need for wild-caught fish to be fed to fish in fish farms. It was recently discovered that 33 million people might be fed by the wild fish that may be taken out of Western Africa. As a result of these fish being used to feed farmed fish, thousands of people may suffer from food insecurity.

What Is Plant-Based Seafood Made Up Of?

Everyone may choose from a variety of plant-based seafood options. Some include a blend of proteins from several plants, such as pea protein. Others are created using water and a plant-derived sugar called trehalose. Seaweed is the main component of many brands of plant-based seafood since it may enhance the flavor’s authenticity.

Typically, seafood is obtained through one of two methods: industrial fishing or fish farming. Both of these have detrimental environmental and moral effects; hence they cannot be considered sustainable methods of producing food.

In recent years, plant-based seafood has become more and more popular as an alternative to traditional seafood. It offers a more dependable and sustainable source of food without compromising flavor. Some alternatives to seafood are healthier than others, just as with other forms of food.

Brands that provide healthful choices include Ocean Hugger Foods and Jinka. It’s crucial to consider the salt content of a plant-based seafood alternative because certain brands might have significant quantities.

Although Gardein only offers small crabless cakes and golden fishless fillets as plant-based seafood replacements, the firm also offers jerky, soups, and meatballs as vegan meat substitutes. The company is widely distributed throughout the United States and provides many gluten-free choices.

Fish-free tuna, fish sticks, and fish fillets are just a few of the plant-based seafood items that Good Catch makes available to consumers. Products from Good Catch may be ordered at eateries like Veggiegrill and Bareburger in addition to being sold at supermarkets like Whole Foods Market and Stop & Shop.

Ocean Hugger Foods specializes in plant-based tuna and eel as an alternative to animal-derived ingredients in poke, sushi, maki, and other meals. While the eel substitute, Unami, is prepared with eggplant, the tuna substitute, Ahimi, is produced with tomatoes.

Currently, Ahimi is accessible across all of the USA and Canada. The launch of Unami is now taking place in the same markets.

Sophie’s Kitchen provides a variety of substitutes and specializes in plant-based seafood. Fish fillets, smoked salmon, and Toona with sea salt and black pepper flavors are among the available alternatives. They sell their goods in stores like Walmart and Sprouts as well as online through Amazon.

Another business that produces a variety of meat substitutes is BeLeaf. They provide shrimp and ribbon fish as seafood. Their goods can be ordered for pickup at their California headquarters or purchased through US stores, some online merchants, or both.

The Mind Blown Plant-Based Seafood brand, which includes substitutes like coconut shrimp and lobster crab cakes, is run by Seafood Co. The company’s goods are sold all throughout the country.

The primary goal of New Wave Foods is to create a plant-based shrimp substitute that can be used in any meal in place of shrimp. In addition to being plant-based, New Wave shrimp is also organic, non-GMO, kosher, gluten-free, and halal.

A line of vegan tuna spreads is available from Jinka. They have three tastes to choose from: the original, spicy, lemon, and dill. Omega 3 fatty acids, 14 grams of protein, and no trans or cholesterol may all be found in Jinka products. Many areas in the United States, including Hawaii, sell their products.

There are now more possibilities for plant-based seafood, and substitutes may be used in lieu of caviar, coconut shrimp, sushi-grade fish products, and a wide range of other common fish and seafood meals.

These plant-based seafood solutions provide a dizzying array of tantalizing possibilities and are also more ecologically friendly and sustainable. They don’t involve the enormous killing of millions of fish. Some of the alternatives are listed below-

A chickpea, also known as a garbanzo bean, is a little, elongated legume with a beige appearance and a mild buttery flavor. Chickpeas are an excellent item to include in your diet since they are packed with essential amino acids along with minerals, fiber, and protein, which makes them a great whole-food alternative for fish in meals.

Chickpeas are a superfood for vegans and one of the widest used substitutes for tuna in vegan cooking. Owing to its versatile nature, you can keep experimenting with a range of chickpea salads and your favorite plant-based ingredients.

Plant-based tuna alternatives are widely available in grocery shops and may be used to make tuna salads or tuna mayonnaise sandwich fillings. Jackfruit has a flaky texture similar to tuna; therefore, it may be used as a replacement. Jackfruit may be purchased and is easily separated with a fork before marinating or cooking.

If you want to make a healthy tuna mayonnaise sandwich filling, use vegenaise, as it is healthier than regular mayonnaise along with nori or soy sauce to give the jackfruit a fishy flavor.

Oyster mushroom provide a range of variety which have meaty texture, high protein content, and robust flavor making them fantastic fish alternative. Due to the fiber and B vitamins they provide, mushrooms are also beneficial to a person’s diet. Oyster mushrooms, tofu, and veggies may all be used to produce a fish pie.

Extra vitamin C is added by using some finely chopped fresh parsley. One can sprinkle shredded dairy-free cheese and creamy mashed potatoes on top of the pie filling.

The trick lies in how they are seasoned. To transform them into a wonderful whole-meal replacement, marinate them in a blend of vegan fish sauce and seasonings. Serve them breaded or seasoned for a delicious fish alternative.

Tofu’s white tint makes it a good fish substitute. Food establishments occasionally refer to tofu as “tofish” when it is replaced with fish. In the UK, a popular vegan substitute for the traditional fast food favorite fish and chips is battered tofish with “chips” (fries).

To create battered tofish, one should wrap a firm piece of tofu the size of a fish in a sheet of nori (seaweed), then dip it in batter before frying. The batter can be made using cornstarch, beer, or seltzer water. They can provide a conventional or vegan tartar sauce to go with this dish. Tofu is not only a great replacement for fish but also for meat as it shares similar amount of protein content to chicken along with being low in calories making a great substitute for chicken

The edible component of an artichoke plant is canned artichoke hearts. Its delicate taste makes it an excellent substitute for seafood in sauces and blends. Like other canned choices, Artichokes have a soft, melt-in-your-mouth consistency that works best in dishes that call for little fish pieces, such as dips and crab cakes.

You may also season it and shape it into a patty for fish sandwiches or crab cakes. Artichoke hearts may be found in the canned vegetable department of most well-stocked grocery shops and health food stores. Fresh artichokes can also be found in the produce aisle.

Vegans have been including this component in their diets for a long time. Tempeh has mild nutty flavor and smoky undertones which is making it as a mainstay in the realm of vegan cuisine options. This tofu-like soy product is even serving as the foundation for ground-breaking research on fish and shellfish substitutes.

Tempeh is created from soybeans, and it is produced in a different way than tofu. The addition of a mushroom to cooked and crushed soybeans initiates a fermentation process that produces the recipe. Since tempeh is a product of a ferementation process it can go bad if not stored properly and using bad tempeh may not give you the desired results and also cause health issues.

Fish is the main source of protein for more than three billion people worldwide. Humans are engaged in biologically unsustainable fishing levels, which substantially negatively impact marine life and the global ocean environment. Fish are vanishing more quickly than they can be replenished as a result.

There are numerous more reasons to avoid seafood these days, even if fish and crustaceans lack that distinctive charismatic zoological appearance that causes many of us to hesitate before eating beef or hog. This has let in a fresh influx of alternative seafood businesses, although the sector is still getting its bearings.

While there is a lot of action on that front, given the popularity of its substitutes, which were stated above in this article, we would anticipate plant-based replacement seafood to swiftly overtake it. 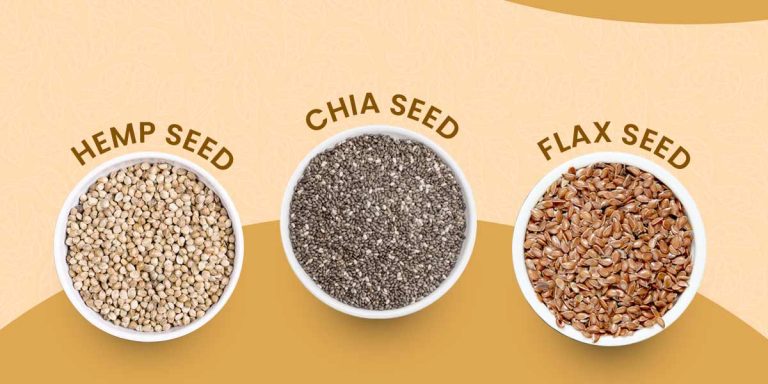 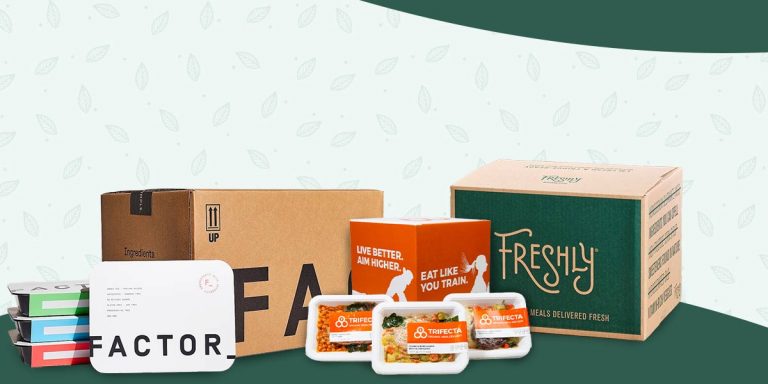 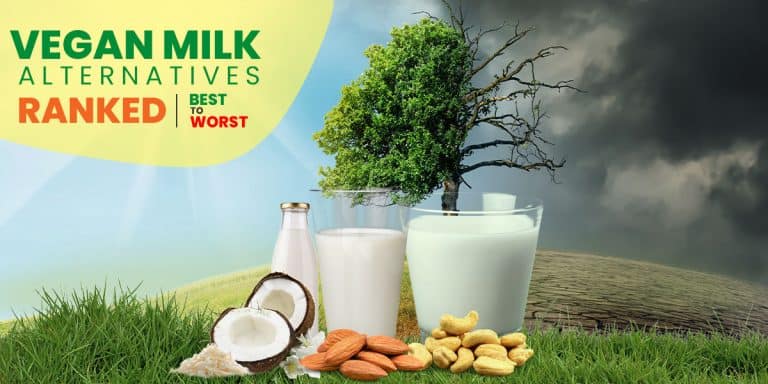 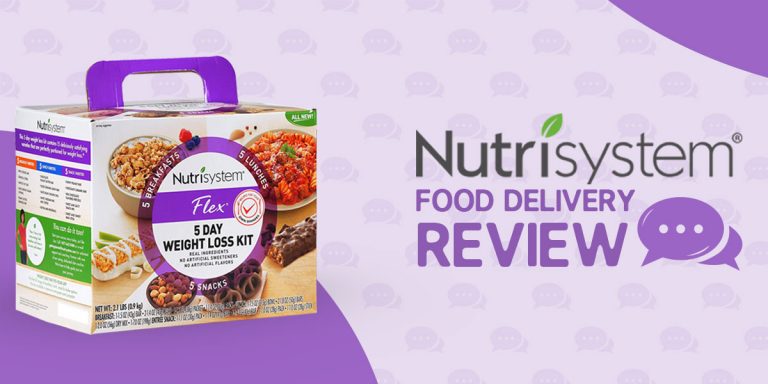 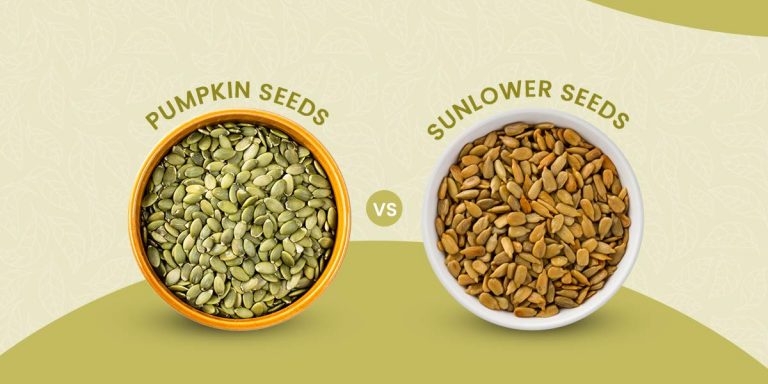 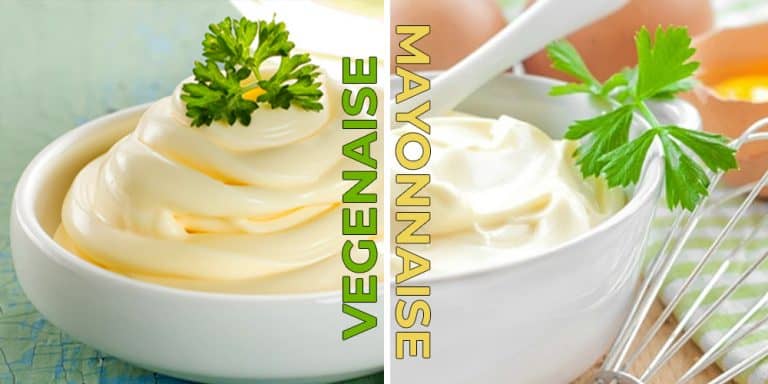